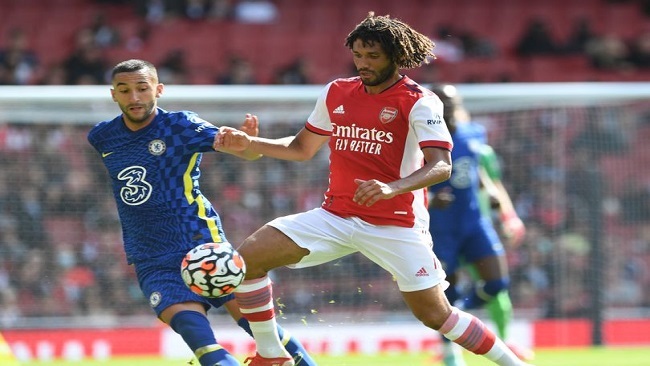 Africa Cup of Nations: Questions and doubts remain with month to go until kick-off in Cameroon 0

One month today Cameroon and Burkina Faso are slated to get the Africa Cup of Nations underway, probably in Yaounde even if doubts remain over the host nation’s ability to stage the tournament.

Up to 40 Premier League players could be involved. And as the UK adds much of the African continent to its travel red list following the spread of a new coronavirus variant the word could is doing a lot of lifting.

There are still too many doubts and questions around a tournament that may impact Arsenal and Chelsea severely but see Tottenham Hotspur continue unchanged.

So here is an explainer of the key dates, what still needs to happen to make it a reality and for how long players from your club are likely to be absent.

How long does the tournament last?

The final is scheduled for February 6 in Yaounde, meaning a player who goes all the way could end up missing seven club fixtures should he have to report for duty on December 27, which is the date currently stipulated by FIFA.

That’s pretty much two weeks before the tournament starts. Is there a chance of players being given permission to join up later?

Yes. This is a work in progress with clubs negotiating late releases with respective national teams. Some clubs, including Arsenal and Chelsea, are hopeful that they can keep their players until a week before the tournament kicks off, with Chelsea and Liverpool particularly keen on that possibility considering the title hopefuls face each other on January 2. Senegal, for whom Edouard Mendy and Sadio Mane will be star men, play their opening game on January 10, ditto Hakim Ziyech’s Morocco with Mohamed Salah’s Egypt a day later.

Which clubs will be impacted most?

It is perhaps easier to say who will not be without a key player. Four Premier League teams – Tottenham plus Leeds, Newcastle and Norwich – will not have anyone reporting for duty. Watford could be worst hit with five members of Claudio Ranieri’s squad in contention and next worse off could be Arsenal and Crystal Palace. Mikel Arteta may be without Pierre-Emerick Aubameyang (Gabon), Mohamed Elneny (Egypt), Thomas Partey (Ghana) and Nicolas Pépé (Ivory Coast) for the duration, with Patrick Vieira contemplating the absence of Jordan Ayew (Ghana), Cheikhou Kouyaté (Senegal), Jeffrey Schlupp (Ghana) and Wilfried Zaha (Ivory Coast).

Is there a chance they will not go at all because of the Omicron variant?

Unlikely but not impossible. The situation will need to worsen further but it is worth taking note of the warning statement sent by the European Clubs’ Association last week relating to their “deep concerns” around player welfare and their desire to work with FIFA to “ensure all necessary precautions are in place to protect players and club interests” as the health situation “continues to deteriorate in an alarming manner”.

On the other side the CAF head of communications, Alex Siewe, told BBC Sport on Tuesday that there has been no mention of a postponement. “We can’t keep spending time dealing with rumours,” he said. “We did not receive any other message or information from our leaders – nothing such as changing of dates or countries. We did not discuss such during all our last meetings. We are on site. We are working.”

If Cameroon was added to the red list, players would need to be quarantined for 10 days upon their return but, going off the rules for last month’s international break, they would be allowed special permission to train and play games.

Reports suggest there is still a lot of work to be done?

It seems that way. FIFA’s secretary general Fatma Samoura has taken a hands-on role in recent weeks due to stadiums and facilities being behind schedule. There are meant to be six grounds in use but CAF have not confirmed the exact status.

So what happens if they fail to get things ready?

No deadline has been specified and there have been whispers of moving the show elsewhere – possibly to Qatar. But that poses another long list of logistical questions and at the beginning of this week former CAF technical director Abdel Moneim Shatta suggested that it could simply end up being cancelled in a TV interview.