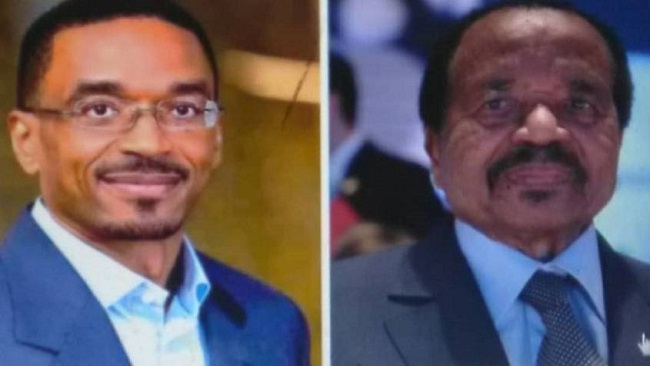 On 13 February 2022, President Paul Biya, who has been head of state since November 1982, turned 89. He celebrated his 40th anniversary as head of state with a few hand-picked guests at his palace in Mvomeka’a in an event that revealed the dictator had symptoms of Alzheimer’s disease, a brain condition that causes memory loss and impaired ability to think clearly.

Cameroon Intelligence Report gathered from a reliable source that the nation’s long-reigning leader often forgets that his eldest son Franck Biya and wife are members of his family. “The Franck Biya and wife issue are among other heartbreaking lapses” our source added.

The French Cameroun political elite has occupied Etoudi for 40 years, ascending to power on November 6, 1982.  He is now showing many signs of slowing down and his health is seriously challenged mindful of his advanced age.

According to some medical experts, nearly all CPDM barons including National Assembly Speaker Cavaye Djibril over the age of 80 suffer from some form of dementia, and Alzheimer’s is the leading cause of dementia symptoms.

Cameroon Intelligence Report also learnt that in addition to forgetting some members of his own family, Paul Biya has recently been found by his tribal presidential security aides roaming aimlessly around the Mvomeka’a palace lost and confused.

Biya’s aides many of whom are blood relations to his wife Chantal Biya are desperately trying to hide the head of state’s shocking health crisis.

Chantal Biya is pushing him slowly but surely mostly behind the scenes into handing over major portions of his presidential duties to Ferdinand Ngoh Ngoh and the Biya family supported by their acolytes have been insisting on state radio and television that Biya is in excellent health, while admitting that he is inevitably becoming a little more frail because of his age.

Franck Biya is also said to be assuming an increased share of the presidential workload with some political commentators even projecting him as President Biya’s next-of-kin for Cameroon’s top job.