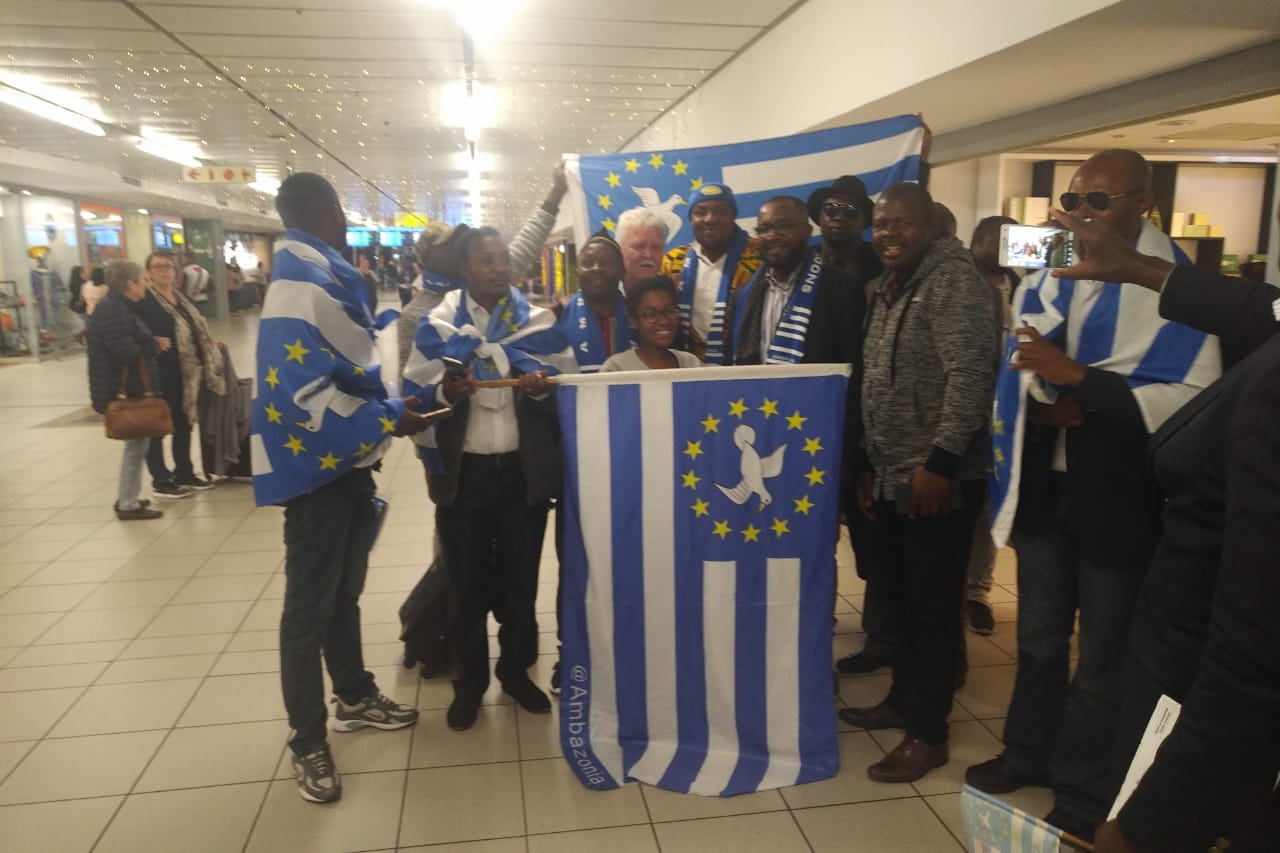 Dozens of cheering Southern Cameroons supporters have welcomed Ambazonia’s Vice President Dabney Yerima on his arrival in South Africa after announcing his now famous Amba Bonds Project in defense of the Ambazonia homeland.

Yerima flashed a victory sign as he met the jubilant supporters inside the Johannesburg airport.

He is scheduled to meet Southern Cameroons leaders in South Africa to discuss the formation of an Ambazonia army.

Dabney Yerima has promised a revival of the Southern Cameroons Interim Government and presently has a strong mandate to govern at a time of profound changes in the Ambazonia revolution and quest for an independent state.

Comrade Yerima also said that he wants to strengthen South Africa’s strategic partnership with the United States and Europe.

But critics worry the corruption scandal that rocked the Interim Government under the disgraced Ikome Sako could delay participation in the Amba Bonds Project.