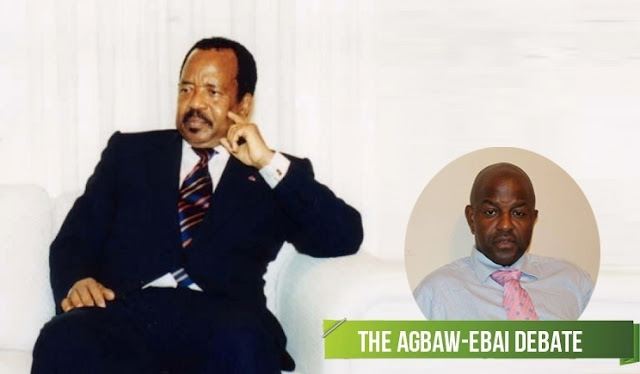 Macron’s visit: Cameroon is broke and its president is dying! 0

The visit of a president to Cameroon has never aroused as much interest as that of the 45-year-old French President, Emmanuel Macron. Many are wondering why the ruling party is so excited about the visit. The reasons are simple and clear.

When you have failed all your exams, whatever comes your way becomes a trophy. Macron’s visit is already being projected as a success as if he was competing with any other president. Why should a foreign president’s visit be celebrated as a success in Cameroon? France has always been the master and Cameroon has always been the plantation while Cameroonians are the plantation workers. On the surface, the visit is a success, but there is more to it than meets the eyes. Failure sometimes makes people to celebrate things which do not need celebrations. Cameroon has clearly and sadly come to such an unfortunate point in its history.

If Cameroonians must understand the facts surrounding the disaster that is unfolding in their country, they must scratch beyond the surface. The message being projected is that Macron is with the country’s president who is very ill and almost dead. Mr. Biya has been receiving energy boosters for months just to prepare for this visit, but things are fast falling apart. The muscles are all gone and any medication he has taken over the last two months has not lived up to its billing. Age is defying science and the dream of portraying Mr. Biya as a strong and healthy person is fast turning into a nightmare.

Biya is sick! He is a colony of diseases. His mind is failing him and the fear of an embarrassment among the sycophants surrounding him is palpable. If Biya was healthy, he would have been at the airport to receive the young French President who will be telling Mr. Biya that it is time for him to walk away from power, especially as Mr. Biya has been struck by the deadly Alzheimer’s disease.

Biya is a shadow if his former self. All the drama which will be unfolding around him today will not be able to hide the massive elephant in the room. Biya is shuffling himself to the nearest cemetery in Cameroon and this is hurting the looters who have been propping the corruption and incompetence engineered by Mr. Biya.

Mr. Biya cannot walk. He has lost control of himself. He is at the mercy of the kleptocrats who are putting up a façade of happiness and satisfaction with the old man’s dismal performance.  Mr. Biya’s right leg, which has been a burden to him for decades, has gotten worse. If he must rid himself of the excruciating pain generated by the leg, then he must accept an amputation.

His bowel system and urinary track are all failing, and this only points to the fact that all humans are mortal. He will be receiving Macron today at the Unity Palace, but everything has been choreographed to ensure that he does not fall during the picture-taking phase of the visit.

This may be the last time Macron will be having a tete-a-tete with the dying Biya whose mind has taken French leave of him. The end is near and there is nothing anybody can do. Biya clearly belongs to the past. He has inflicted a lot of pain on Cameroonians and his demise will be a welcome relief to a nation which should have been the envy of the continent.

However, though Biya’s fate is known, that of the country’s economy remains an equation that might not be solved by the French alone. Cameroon is in the abyss of a financial crisis. If left unattended, the country might spiral into chaos and this is a major concern to the French who have already lost Mali, Burkina Faso, Guinea Conakry, and the Central African Republic. The French empire in Africa has been caught up in a downward spiral and if Cameroon flips, then the French will be totally out of the continent.

Cameroon’s economy is on life support and the country just like its dying president needs a lot of drips. Years of mismanagement and incompetence have eroded the country’s financial base. Civil servants and the military are already facing the likelihood of not receiving a monthly salary as the economy continues its onward march to a man-made catastrophe.

Politically, Cameroon is a ticking time bomb and if care is not taken, it could go off at any time. The country’s English-speaking minority is gradually walking away and if it succeeds, this will rob the French of massive oil deposits and other minerals. In the north, things are not looking good. Boko Haram has successfully chased the country’s military from this vast region. Boko Haram has killed thousands of soldiers over the last five years.

But it is not Boko Haram which is the main threat right now. Northerners have woven an alliance which spells danger to the country if Mr. Biya’s succession is not well-prepared. The north just like the English-speaking minority is laying claim to power and if this is not properly handled, the world will soon be watching a world-class implosion.

A few low-class ill-behaved Betis have been trying to promote Franck Biya as the country’s next president, but they seem to be oblivious of many things. Cameroon is not Chad, and it will never be Gabon. Cameroonians are politically conscious and will protest vehemently if the French seek to manipulate things. The country’s English-speaking regions are currently ungovernable and in the event of any political misstep on the part of the French, these two regions will serve as massive highways for the importation of sophisticated weapons into the country.

The French will be doing themselves a world of good by ignoring the noise that Fame Ndongo and other sycophants are making about Franck Biya. The idea of a son succeeding a father will never fly in Cameroon. Cameroonians are already used to blood and picking up weapons to chase away those who have ruined the country will not be any tough challenge. There is no room for mistakes in Cameroon.