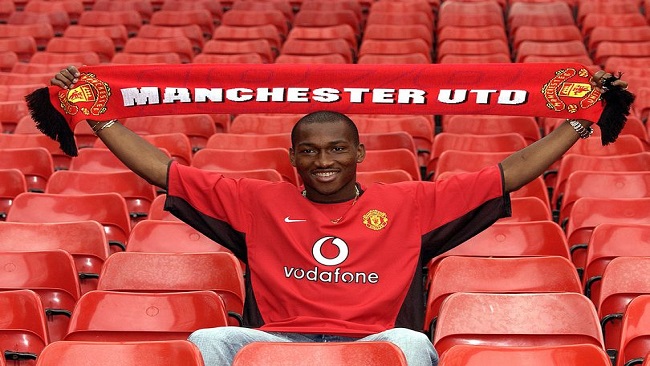 Manchester United Eric Djemba-Djemba has officially announced his retirement from football at the age of 40.

Djemba-Djemba rose to prominence at French club Nantes with impressive performances which resulted in his dream move to United in 2003.

Sir Alex Ferguson sanctioned a £3.5million move for the Cameroonian with the view of him potentially being Roy Keane’s long-term successor at the club.

It is safe to say things didn’t work out as planned for Djemba-Djemba at Old Trafford and he would only spend two years at the club before leaving for Aston Villa in 2005.

The highlight of his United career came when he scored the winner away against Leeds United in extra-time of a League Cup tie back in 2003.

Djemba-Djemba would go on to play for Burnley and St. Mirren in his later career but has been without a club since last signing for Swiss side Vallorbe-Ballaigues back in 2016.

“I can say to you today, that I’m officially retiring from playing football,” he confirmed to BritishGambler.co.uk. “I have an academy in Cameroon and I am going to focus on trying to help educate the young players there on how to become a footballer, and how to build a successful career as a footballer. “Today, I’m stopping playing football.”