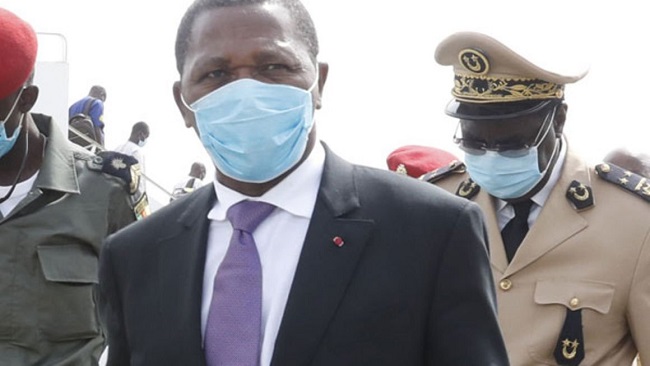 Cameroon’s controversial Territorial Administration Minister, Paul Atanga Nji, is these days walking on egg shells ever since he visited the Special Criminal Tribunal in Yaoundé.

The Territorial Administration Ministry boss, who is currently in Abuja to attend a security meeting, seems to have lost his voice after a tense meeting with members of the Special Criminal Tribunal who are analyzing his case in order to come up with a conclusion which is expected in the president’s office.

Atanga Nji, the conman who said there was no Anglophone problem, was questioned on his role in the mismanagement of COVID funds given to the country by the International Monetary Fund.

It is being alleged that he meddled with the distribution of the funds and even the services and goods that were supposed to be provided by his ministry were never provided.

The conman has been under scrutiny ever since he granted a contract to his brother who lives in Florida, USA, for him to declare that Biya was supported by Americans in his bid to win another term in 2018.

He is also being suspected of misusing other funds, especially those related to the war in the English-speaking regions of the country.

Noted for his bad English and legendary stupidity, the conman is gradually being elbowed out of government as he cannot fulfill his promise.

He had conned his Beti masters into believing that he would put an end to the Southern Cameroons crisis, but since becoming the territorial administration boss, the situation has only gotten worse.

The Cameroon Concord News Group’s correspondent in Nigeria who spotted the conman on the conference grounds in Nigeria said he looked tired, old and even haggard; a sign that he was going through some psychological torture.

It should be mentioned that the territorial administration boss left the country without the usual fanfare because of the suspicion hanging over him like the Sword of Damocles.

It is being rumored in power circles in Yaoundé that he could be arrested at anytime and this could also happen upon his landing in Yaoundé in a few days time.

“He understands how the system works and he is really scared. He could even be arrested at the airport. He has been involved in many nasty deals and the suspicion hanging over him is robbing him of his peace,” a source in Yaoundé said.

Paul Atanga Nji has brought shame to the government and defeat to the military which has lost more than 3,000 of its soldiers in a war that could have been avoided through negotiations and peace deals.

It is becoming clearer that he will not be part of the next government which will be announced before the country’s president, Paul Biya, returns to Switzerland to continue with his long and costly treatment for multiple illnesses.

Atanga Nji is aware of the bad news and this is keeping him awake all night. Many Cameroonians hold that he lacks the stuff that makes ministers and many wish that he could be cut out of the government just to spare the country the numerous embarrassments he has been putting the country through.