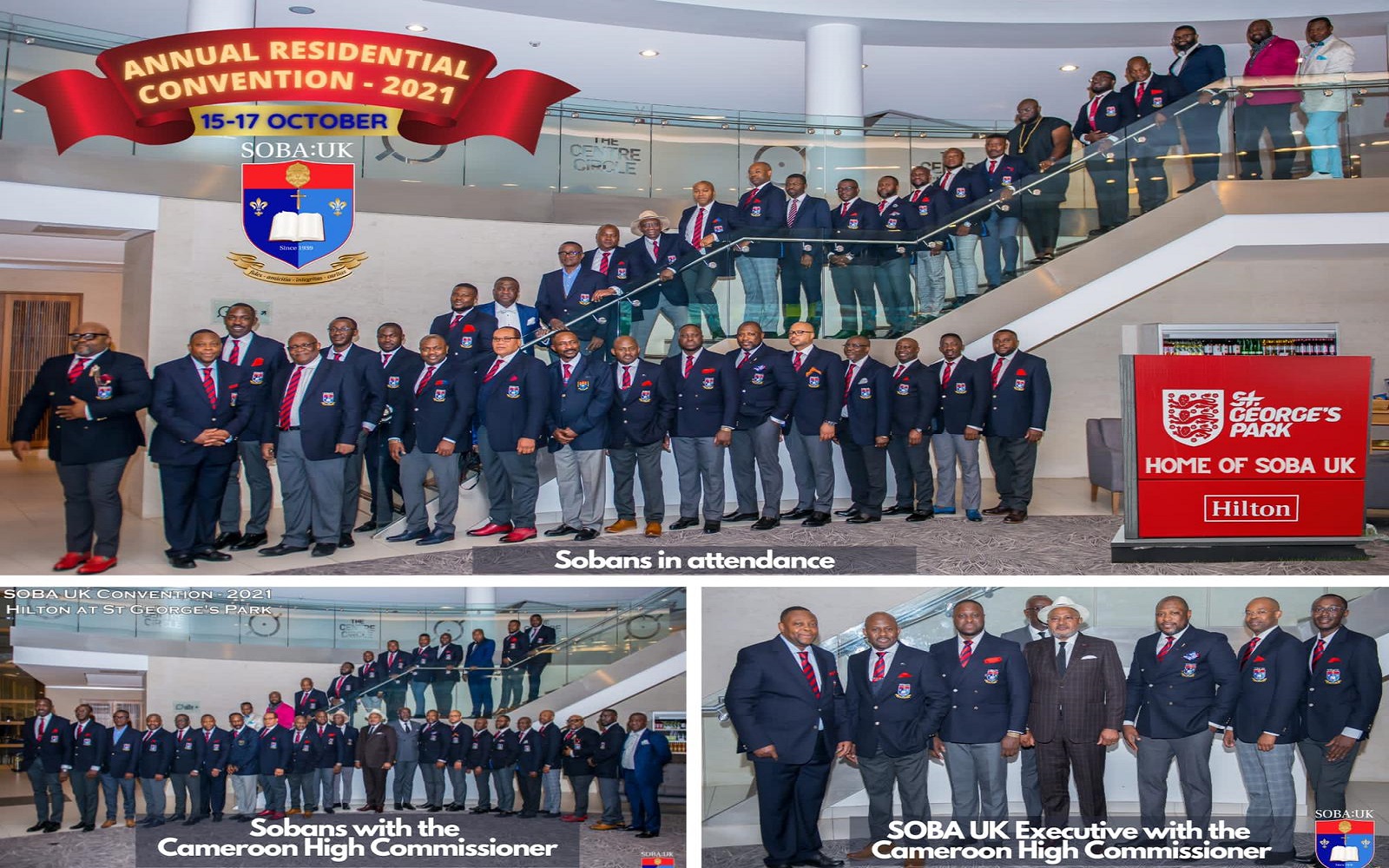 This past week, the President of SOBA UK laid out a forceful case for the importance of unity and strong moral character in SOBA UK, his ability to continue on the successful path of SOBA UK President Emeritus Ako Arrey, and the threat that a Midlands chapter would pose to the great SOBA UK family. Did President Egbe Franklin – and his fellow Sasse Old Boys at the 2021 Residential  Convention who echoed his points – do so successfully?  We of the Cameroon Concord News Group think the 2021 Convention at St. Georges Park was a huge success.

Both Egbe Franklin’s convention declaration and the convention as a whole clearly were pitched toward the entire SOBA UK family and even some other Cameroonian groups, particularly in English speaking Cameroon . From the perspective of all the guests including Cameroon’s High Commissioner to the United Kingdom, Egbe Franklin and his Sasse Old Boys led by Joe Foncha performed brilliantly.

Compared to past conventions, SOBA UK’s AGM held via zoom and was comparatively short and provided SOBA UK members enough time to concentrate on the Convention proper. We gathered that Egbe Franklin’s delivery was fluid and heartfelt during the AGM.

The rest of the convention at The Hilton at St George’s Park, Burton Upon Trent went off without hitches or glitches. Other leading Sobans including Chief Dr. Daniel Asua, Dr Enow Humphery and the Chairman of the 2021 organising committee Obale Ebai also spoke effectively and with great rhetoric on the passing to eternity of senior SOBA Sessekou John Tabi.

Overall, the SOBA UK 2021 Residential  Convention sent a strong message that Sasse Old Boys are firmly grounded in their traditions and values and will not make any concessions to any dissident group. To be sure, SOBA UK can be trusted with the development of Sasse College, they can revive prosperity among its members and distribute its benefits more widely to students currently in the academic establishment back home. They intend to increase bereavement package and institute greater social unity.

Holding an AGM before the convention was a huge gamble for the president and his vice, but the success which can now be assessed following the outcome paints a picture of two young SOBA UK leaders with a vision.

SOBA UK has had a good run under Egbe Franklin. Many of SOBA UK best qualities were on display at The Hilton at St George’s Park, Burton Upon Trent and in Egbe Franklin’s speech. We of the Cameroon Concord News and the Cameroon Intelligence Report are hoping we’ll have more conventions like that in the future.