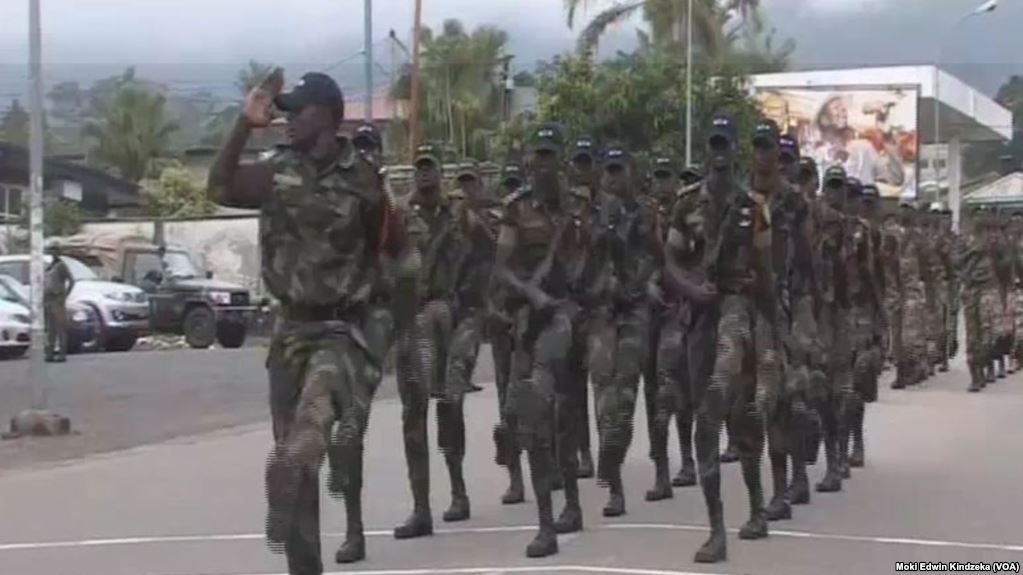 The United Nations and some renowned media houses in the West have started reporting on the deteriorating situation in Southern Cameroons barely two years into the conflict. Prof Patrice Nganang in a recent televised interview described the war in Southern Cameroons as an eroding stalemate in which the Ambazonian Interim Government and its Self-Defense Council Restoration Forces have not only been able to expand, but also consolidate, the territory they hold.

However, recent developments, including the barbaric attack by Cameroon government forces on a Hotel killing more than 30 unarmed Ambazonians in Menka-Pinyin are reminders of the need to assess the Southern Cameroons crisis in more than binary terms.  Frankly speaking, the picture painted by French Cameroun’s US-based Prof Patrice Nganang as eroding stalemate is morphing into an uglier, more complicated conflict, that may soon resemble the Rwandan civil war or even the present, intractable war in Libya, due to the absence of a holistic strategy by the French backed Biya regime and military escalation by Francophone army commanders.

Ever since the crisis started, the Trump administration has been consistently inconsistent with its dealing with the malicious regime in Yaoundé. First, it supplied the Biya Francophone regime with war equipment including two fighter jets mindful of a CIA report to the White House stating that Cameroon government troops combating the Nigerian Islamic sect, Boko Haram have all been moved from the Far North region and redeployed to Southern Cameroons. Secondly, Ambassador Peter Barlerin attacked the Interim Government of the people of Southern Cameroons saying that they were “…a very tiny minority of Cameroonian-born individuals living in the United States” responsible for the crisis in Cameroon. And then recently the US ambassador made a dramatic u turn and accused the Biya regime of “targeted killings” in Southern Cameroons. Peter Barlerin during an audience with Mr. Biya advised the 85 year old tyrant to step aside.

Judging from this regular change of the United States position, it is evidently clear that the West does not have a solution to the Southern Cameroons crisis. The US and their European allies have notionally embraced the modest aims of the French government and the Biya regime: the elimination of transnational terrorism threats and weakening of Boko Haram that it feels compelled to ignore the numerous Biya excesses. Toward this, the Trump administration and the European Union have allowed Biya to expand Yaounde’s use of blunt military force against Southern Cameroonians, a targeted increase in troop’s presence in Southern Cameroons, and various forms of diplomatic pressure on Nigeria hosting more than 40,000 Southern Cameroons refugees.

The presence of US forces in the North of Cameroon and the numerous military donations from the US government to the Cameroon army may be view as less charitably. For some time now, the US has been seeking to know what the Russians and President Putin are doing in the Central African Republic, CAR. Russia is currently supplying the Bangui government with arms under UN approval and Russia has several military advisers stationed in the war torn country. CAR President Faustin-Archange Touadéra has been to Moscow twice recently and this is disturbing to the French and the US.

Let us, however, assume that US’s aims in Cameroon are indeed limited to destroying Boko Haram and the so-called Islamic State of West Africa. Even with these modest goals in mind, the grim reality may be that the Trump administration is giving Biya another chance as head of state in Cameroon that he actually doesn’t really have. And as a result of its military-first strategy, the United States will end up making things worse in both French and Southern Cameroons.

The US has erroneously joined the self-perpetuating ecosystem of violence in Cameroon. It rejects the 85 year old leader, Paul Biya but empowers his war machinery that is helping to breathe life into the CPDM crime syndicate. The Cameroon government army is a Francophone Fulani- Beti- Ewondo army and these warlords have abused the local populace in Southern Cameroons, kidnapped young boys and girls, making them into sex slaves and killed hundreds.

The supposed gains made by Cameroon government forces in Buea and Bamenda in recent months are easily reversible once the Interim Government starts attracting international partners. Correspondingly, the Cameroon government military would collapse if the Southern Cameroons crisis drags for another year.