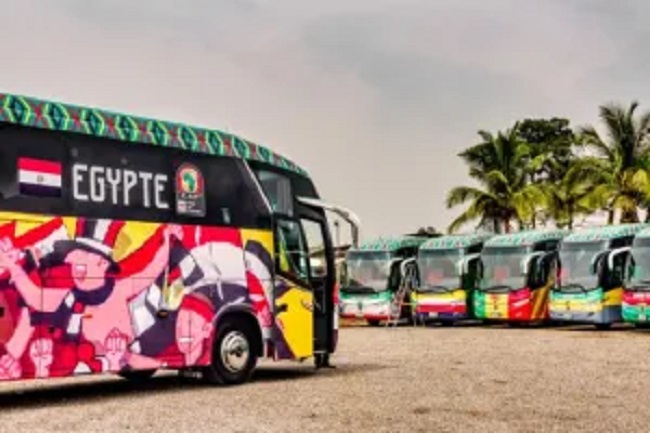 Two months after the closing ceremony of the 33rd edition of the African Cup of Nations Football played in Cameroon, the buses purchased for the transport of the National teams and delegations that took part in AFCON 2021 remain untraceable according to the Cameroonian daily L’Anecdote.

Of the 90 buses put into circulation for the occasion, only that of the Indomitable Lions remains which the team is using for their home games is identified.

This won’t be the first bad report coming from Cameroon after hosting the 2021 AFCON which saw Senegal winning their first AFCON trophy beating Egypt in the finals.

Reports earlier claimed the Cameroon government is yet to pay some workers of the 2021 AFCON before the mysterious disappearance of 89 buses used for the tournament.

One would have thought that each delegation returned to its country with the bus made available to them.