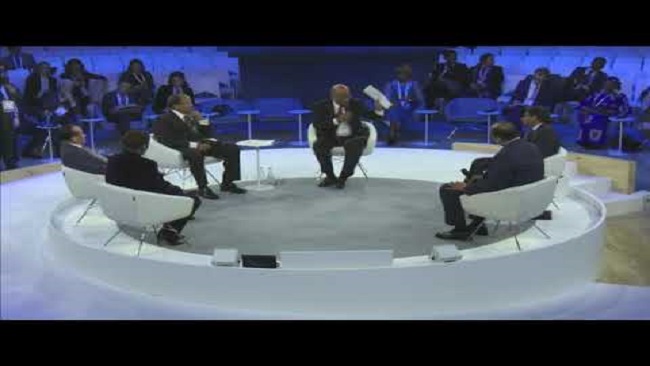 Cameroon’s President, Paul Biya, has finally let the cat out of the bag in the French Capital where he has declared that the best Southern Cameroonians can get is a Special Status which, in his mind, does not imply that he is splitting the country.

Mr. Biya told delegates attending the second edition of the Paris Peace Forum on Tuesday, November 12, 2019, that given the cultural and historical differences between Anglophones and Francophones, Southern Cameroons would be granted a Special Status as stipulated in the country’s constitution.

The 86-year-old dictator said that the two English-speaking regions would be granted special status which falls short of the expectations of federalists at a live TV program coordinated by Mo Ibrahim, a telecommunications billionaire who awards prizes on good governance to African leaders who leave power voluntarily and have made their countries better than they met them.

Journalists and other observers of Cameroon’s political landscape have been seeking to know what was in the cards for Southern Cameroonians since Mr. Biya’s so-called Major Nation Dialogue which was held in the nation’s capital, Yaounde..

Mr. Biya, who has been shuffling himself along in France like a stalling car, is clearly showing signs of senile decay and this calls his a ability to govern the Central African country into question.

For more than three years, the country has been caught up in a downward political and economic spiral following protests by Southern Cameroonian teachers and lawyers.

Their grievances have included marginalization and unequal distribution of the country’s natural resources and the chaos has robbed the government of much-needed resources to undertake many development projects.

Lawyers and teachers initially called for a federal system, but when the government responded with a heavy hand, things got out of control, giving separatists a platform to spread their gospel of separation.

The crisis has dealt a severe blow to the country’s economy. Ghost town operations and threats from the separatists have resulted in the failure of several state-owned corporations.

For many decades, the country’s unemployment rate has remained stubbornly high and crippling taxes have taken the wind out of the sails of many small businesses.

While Biya and his men hold that they are offering Southern Cameroonians a good deal, many observers hold that anything short of a federal system might not douse the fire in many minds in the two English-speaking regions of the country.