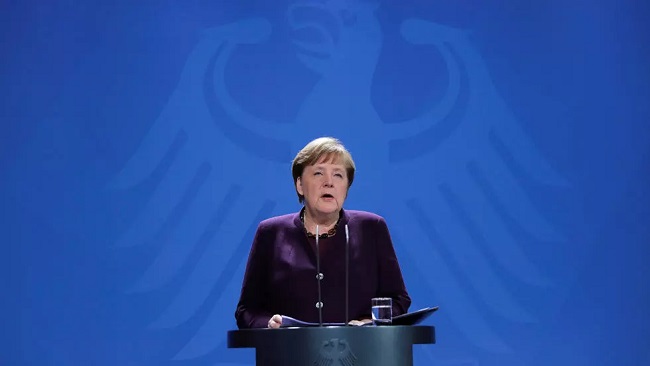 The Christian Democrats (CDU) party of German Chancellor Angela Merkel has won the vote in a key state, giving the conservatives a big boost ahead of the national election.

Election results in Saxony-Anhalt in eastern Germany showed CDU won around 37 percent of the votes on Sunday in the last regional poll before the general elections scheduled for September 26.

The result is a huge boost for the conservative party which has chosen its new leader Armin Laschet to replace Merkel as chancellor after her 16-year-stint at the helm.

“Laschet is still a long way from the chancellor’s office,” the Sueddeutsche Zeitung daily said. But the poll result has brought him “much closer to it.”

Political observers say the vote also showed the CDU’s greater popularity in comparison to its main rival at the national level, the Green party, as well as Germany’s far-right Alternative for Germany (AfD) party.

Polls in the last ten days have shown the CDU, and its smaller Bavarian CSU sister party, are slightly ahead of the Greens again after falling behind earlier in the year, according to Berenberg Bank’s chief economist Holger Schmieding.

“After the CDU did well in Saxony-Anhalt, this nascent reversal of fortunes in favor of the CDU will likely continue,” Schmieding said.