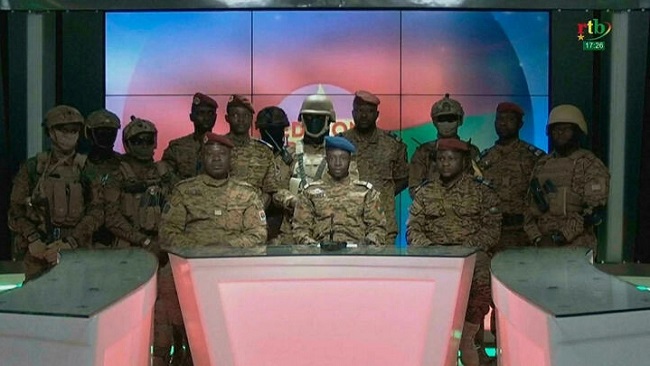 Supporters of the new junta in Burkina Faso gathered in the capital Ouagadougou on Tuesday as neighbouring countries, the UN and France condemned the military coup.

“I came here this morning to support the putsch. We expect the military to deal with the corruption in the country”, said one of hundreds of people gathered in Nation Square, Ouagadougou, on Tuesday.

As the crowds waved flags and sounded vuvuzela horns, some hoped the new leaders would tackle security concerns including jihadi attacks which have killed millions in the country. “We are tired of this situation. We are tired of crying, we are tired of always suffering because our brothers are killed”, said another.

The West African country is now in the hands of the Patriotic Movement for Preservation and Restoration (MPSR), the name of a junta led by Lieutenant-Colonel Paul-Henri Sandaogo Damiba.