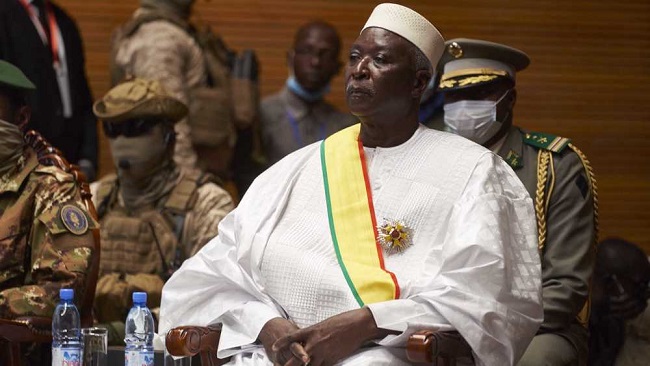 The West African country of Mali seems to be in the grip of a fresh political unrest, with the country’s military reported to have arrested the president and prime minister. The development has prompted calls from the United Nations for calm as well as the “immediate and unconditional” release of the detained leaders

The move has stirred fears of a new coup.

“We call for calm and demand the immediate and unconditional release of the President and Prime Minister. Those who are holding them will be held accountable,” the United Nations’ mission in Mali (MINUSMA) said in a tweet on Tuesday.

Interim President Bah Ndaw and Prime Minister Moctar Ouane were taken by soldiers to the Kati military camp on the outskirts of the capital Bamako, AFP cited two senior officials, who declined to be named.

Just before being taken away by the military officers and before his line was cut, Ouane managed to tell AFP in a phone call on Monday that soldiers had “come to get him.”

The detentions have drawn condemnation from the African Union, the Economic Community of West African States (ECOWAS), the European Union, the UK and the US. They urged for the unconditional release of Mali’s top politicians in a joint statement which was also signed by the UN.

The detentions came just hours after a government reshuffle, which aimed to appease critics of the interim government amid anger at the military’s dominance in the transitional government and the slow pace of promised reforms. The reshuffle saw ex-defense minister Sadio Camara and ex-security minister Colonel Modibo Kone, who took part in last year’s coup, replaced.

The arrests raised fears of a second coup after a putsch in August ousted president Ibrahim Boubakar Keita following weeks of protests against his handling of the Takfiri insurgency and perceived government corruption.

The caretaker government was installed after the 15-nation West Africa bloc ECOWAS threatened sanctions on the country.