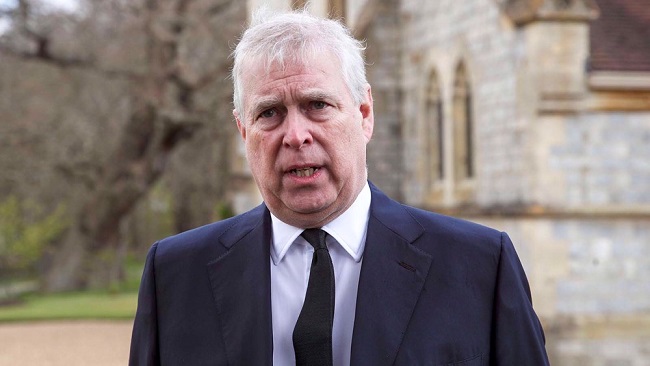 Two of Prince Andrew’s efforts to prevent or stall the progression of a lawsuit by a woman who says he sexually assaulted her when she was 17 have been blocked by a US federal judge.

Judge Lewis A Kaplan, in a written order on Saturday, asked the prince’s lawyers to turn over key legal documents on the schedule that has been set in the lawsuit filed by Virginia Roberts Giuffre.

Giuffre claims she was abused by the prince on multiple occasions in 2001 while she was being sexually abused by financier Jeffrey Epstein, who killed himself in a Manhattan federal jail in August 2019 as he awaited trial on sex trafficking charges.

Kaplan also rejected arguments by the prince’s lawyers on jurisdiction grounds after they argued last week that the suit should be dismissed since Giuffre, a US citizen, no longer lives in the US.

The lawyers had claimed it was, therefore, pointless to exchange evidence until that question is resolved because it could result in the lawsuit’s dismissal.

In a statement, Giuffre’s attorney, Sigrid McCawley, called the request to halt the case “just another in a series of tired attempts by Prince Andrew to duck and dodge the legal merits of the case Virginia Giuffre has brought against him. All parties in litigation are subject to discovery and Prince Andrew is no exception.”

A US judge has postponed a sexual abuse case of British Prince Andrew likely to late 2022 despite an earlier announcement that he would have to answer questions under oath by next July 14.

In October, the prince’s lawyers attacked Giuffre’s lawsuit, arguing Giuffre had made false claims against Andrew because he “never sexually abused or assaulted” her.

Andrew has also come under pressure to shed more light on the nature and extent of Epstein’s relationship with Ghislaine Maxwell, the daughter of the disgraced media mogul, Robert Maxwell.

Last Thursday, Ghislaine, 60, was found guilty of recruiting and trafficking young girls to be sexually abused by Epstein.