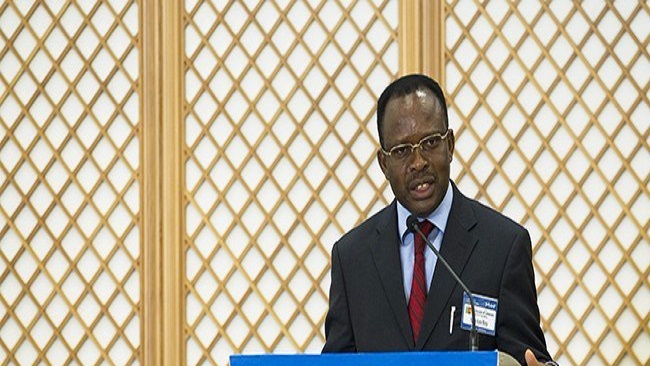 The University of Buea was designed to be a beacon of hope for the country’s English-speaking minority, but the university has gradually been transformed into a brothel, with lecherous lecturers preying on girls like predatory animals do on their preys.

The good news is that Prof. Agborbechem Peter wants to talk, but there is a lot of fear within the University of Buea right now. Agborbechem is staring down the barrel of defeat and he knows he will surely be going down, but he does not want to go down alone, and all his accomplices or members of the sex ring are losing sleep over this. Members of the sex ring know that when he starts talking, he will be singing like a canary. Ordinarily, he talks like a magpie and now that he is under enormous pressure, he will surely be singing just to safe his skin.

The University of Buea is sick. It is now like a poultry being supervised by foxes and hyenas. There is a lot of impunity playing out in that university and many victims of the sex abuse are taking their pain in stride. They have been abused and the university has no mechanism for these students to lodge their complaints. The university lacks a facility that can conveniently protect whistleblowers, making it challenging for those who know a lot about the mess that is giving the university a bad name to come out of the closet.

There is an omerta (code of silence) in the university and the victims strongly hold that silence in this context is golden. They are bearing their pain quietly. The abuse of girls in the University of Buea did not start today. Under Prof. Dorothy Lymunga Njeuma’s watchful eyes, the premier vice chancellor of the University of Buea, sex criminals like Prof. Victor Julius Ngoh who is now retired and has moved to another university and Prof. Albert Azeye who plied their trade with impunity were a constant source of fear for young female students.

A former student of the University of Buea who had a very close and intimate relationship with Prof. Ngoh and now lives in the United States told the Cameroon Concord News Group that the man’s calm demeanor belies his true nature.

“The new university must keep a close eye on Victor Ngoh. He is a dangerous element who should have never been within a university. I am not saying this to discredit him. He was simply an ill wind that did not blow any good to any girl. He adored sex and he was good at it. He could have sex all night and, in the morning, he would be looking as pale as Geoffrey Chaucer’s Squire in the Canterbury tales,” the frustrated former student said.

While those who have retired will go scot free, University of Buea authorities must seek to cleanse the Augean Stable that West Cameroon’s first Anglo-Saxon university has become. Prof. Agborbechem and Prof. Ernest Molua are simply the tip of a massive iceberg that is threatening the university’s reputation. Their unusually high and uncontrollable libido has transformed them into satyrs and the girls they are supposed to empower academically have become their sex slaves.

According to a source in the university, it is being rumored that some of the university’s lecturers insist on having sex with their victims without protection. A source in a clinic in Buea has hinted that HIV/AIDS prevalence among University of Buea students is astronomically high.

Meanwhile, the Cameroon Concord News Group’s permanent correspondent in Buea has reported that there is a lot of work to be done in the University of Buea if mentalities must change. Many lecturers, both part time and full time, unfortunately hold that free sex within the university is part of their benefits package. This mentality is not good for an institution of learning that is seeking to be among the best on the continent.